RSS
← Desiring all to be saved, yet sacrificing some
“Mama” vs. ecclesiological dementia and pornography →

Should Christians be a “People of the Book”?: a response to Father Stephen Freeman 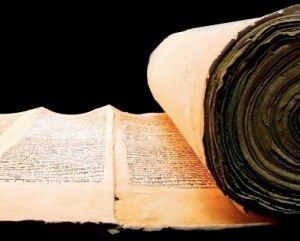 The Eastern Orthodox priest and popular blogger Father Stephen Freeman recently wrote about the place of the Scriptures in the life of the Church.  The whole piece, People of the Book, is worth reading, but here is a clip that particularly stood out to me:

The Scriptures are not a source of authority (as in the three-source theory espoused by some Anglicans). They are a manifestation of the Divine Life within the believing community. The New Testament writings are quite clear about this – they are written by the Church and for the Church.

But the Reformation brought about a new understanding of the Scriptures. Sola Scriptura (Scripture alone) is a novel idea – itself not the teaching of Scripture. Saying this in no way lessens the authority of the Scriptures – but it places that authority within its proper context – the believing community.

The notion of the Bible, distinct from the community of believers, as a source for Divine guidance and belief, is not Christianity – at least not any traditional form of it…

I resonate with Father Freeman somewhat here – after all, as I have been saying, ideally, the Church is not meant to be so much a vehicle of faith, but an object of faith (the late Richard John Neuhaus said something similar).  We don’t say the church is a sacrament as the Eastern Orthodox do, but it is sacramental.  Further, in the traditional Lutheran view, the Scriptures are seen as being one of the traditions in the life of the Church (see here).

Not only this, but as one of the commenters on Father Freeman’s article put it, we read the Scriptures to find and meet Christ.  Amen!  As Luther said, the Scriptures are the cradle that holds Christ.  For example, I would say that particular Scriptures – although often written to particular congregations – are indeed God’s “love letters” to His church – His bride – today.  In them we experience the Triune God speaking to us about who He is and what He has done, who we are as His creatures, the love we have and share in Him, and our lives in this fallen world – and the life of the world to come!

That said, I suggest that sometimes, depending on the situation, the Scriptures must be presented by the church as having the final word as an authoritative source.  But this is not because the bride would be a “person of the Book” in the sense that Father Freeman outlines it in his article!  Rather, it is because the written word is indeed capable of preserving the precious beliefs of past members of the body – who by the Holy Spirit spoke with God’s authority in the past.  Are we to assume that the early church did not see the Apostle Paul’s letters, for example, as capable of conveying his authority?

Some do not believe that writing in general is capable of carrying the meaning of the original author (the most hard core postmodernists are formally represented in the field of linguistics by the school known as “integrationism”), and some do not believe that the Scriptural writings in particular can do this.  On the contrary, I believe that writing is a gift from God that can indeed do this (though it cannot always do this for particular persons who do not have the necessary background knowledge [language, vocabulary], and in some cases the contextual knowledge that is needed may not be available – nor the persons who could provide it if it were potentially available) whether we are speaking of sacred or secular texts.

This is, in general, what man understands as one of the capabilities of writing, and this is why we talk about the importance of “putting something in writing”.  Luke speaks in a similar way when in regards to his own writing of the Gospel (chapter 1), when he talks about “safeguarding” it.

So when Father Freeman says that the Scriptures “may be read by anyone (chanted, shouted or otherwise), but read with understanding only within the context of the believing community”, I can only agree with him in part.  We would assert that the Scriptures are certainly clear enough so that a genuinely curious [and educated!] atheist could discern their primary message (i.e. regarding how man first receives eternal life with God and how he may grow in that faith).  On the other hand, he could not, for example, produce the theological content of the Nicene Creed – determining what is essential and non-essential doctrine cannot be done satisfactorily without the true rule of faith (and perhaps certain historical circumstances).  Such teachers are needed in order to draw out all the treasures and riches that are contained therein.

Is the “literal [level] the lowest level of interpretation” as one commenter put it?  Even if this were the case, would that not also make it “foundational” in some sense?  This issue is certainly important, and with another prominent Eastern Orthodox blogger, Aidan Kimel (formerly the Pontificator) recently citing an Eastern Orthodox saint in defense of a hell that is not everlasting, these questions become all the more pressing!

I submit that the message of Christ’s incarnation, righteous life, bloody cross, and glorious resurrection – whereby eternal life is shared by His ambassadors with fellow sinners – is the key that holds all of the Scriptures together.  This is testified in the church by the Spirit of God though the Word of God, whether it be written words or otherwise.

Update: this post was slightly altered for the purpose of clarification.

Posted by Nathan A. Rinne on April 1, 2013 in Uncategorized

← Desiring all to be saved, yet sacrificing some
“Mama” vs. ecclesiological dementia and pornography →

25 responses to “Should Christians be a “People of the Book”?: a response to Father Stephen Freeman”