RSS
← A church within a church?
Reflection on Pastor Jonathan Fisk’s “Broken” [interviews] →

You know you are in the End Times when… 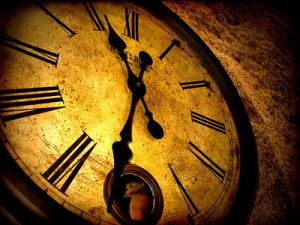 You know you are in the end times when you get a call from a professional fundraiser representing a Christian organization at 9:00 am on a Sunday morning (yesterday).

Or, when you realize that there are serious Roman Catholics that insist a person can be sure where they currently stand with God (“state of grace”)  and serious Calvinists (i.e. vs Arminianism) who do not think it is a big deal whether or not Christians know they have eternal life and peace with God.

(The Gospel is certainty.  Christianity is certainty.  For we are those who are given and give real peace with God [Rom. 5:1] and real knowledge of eternal life [I John 5:12,13])

Or, when you explain the original reasons for the Lutheran distinction between justification and sanctification (namely, to “to assure true Christians that they were true Christians”, which in general corresponds to comforting sinners who are genuinely terrified due to their sins before God – see here) to a learned Eastern Orthodox gentleman and he responds:

“[if the distinction between justification and sanctification] was made in order to help the weak… [this] leads to the inevitable conclusion that for those who aren’t, the distinction does not obtain. We should not let peoples’ misunderstandings drive our theology and what it should say.”

More on that later this week…

Posted by Nathan A. Rinne on December 3, 2012 in Uncategorized

← A church within a church?
Reflection on Pastor Jonathan Fisk’s “Broken” [interviews] →